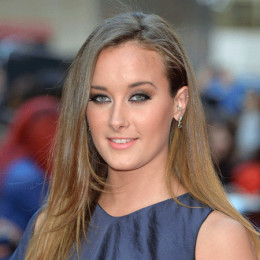 An English actress who is best known for her breakout role as Michelle Richardson on the UK series Skins. She was fascinated in acting career from very young age and as a result she joined a theater group, located in Bristol when she was just three years old. She also involved herself in drama group during her school life. In 1998 she made her first professional debut in television series in Casualty. In 2009, she made her her film debut in Tormented. Recently, she starred in a music video of The Wombats' single, "Greek Tragedy".

Exploring her personal life, she has not married yet. Though she is very hot and popular actress it's very surprising that she has not dated any guy and we couldn't find a strong relationship life of the hot actress. There was rumor that she was dating her on-screen co-star but she swiftly denied the rumor and told that they were just good friends and nothing more. May be she has not still found the right person to be her boyfriend.