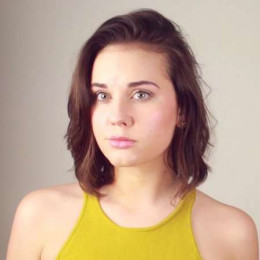 This young lady is a popular YouTube personality, known for her channel ARose186. Generally, she posts comedy videos, makeup tutorial and advice videos in her channel. In Nov 2008, she first created her YouTube channel and posted her first video in Aug 2009. The video that she uploaded in 2014 under the title "JennXPenn is Pregnant?!", is the most viewed and popular video of her.

Moving on to her personal life, she is yet unmarried but she might have some plans to live a happily married life with someone special in near future. Talking about her sexuality, she definitely is not a gay or lesbian as she has attraction towards men and also had dated a fellow YouTube star few years back. Her current relationship status is single. We can check out her videos via her YouTube channel @ARose186.