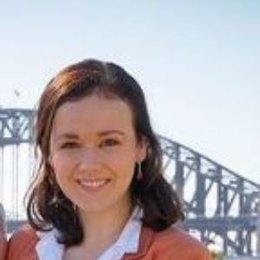 Arianwen Parkes-Lockwood is an Australian actress recognized as Olivia Bligh in the 1950s period Australian drama series A Place to Call Home. Other than that, she has produced some phenomenal movies like The Filmmaker and A Grape Family Adventure.

With a flourishing professional career, the beautiful actress Arianwen Parkes-Lockwood is happily married to her long-term boyfriend turned husband, Marcello Fabrizi. Ariane is trying to balance both lives to the best she can. 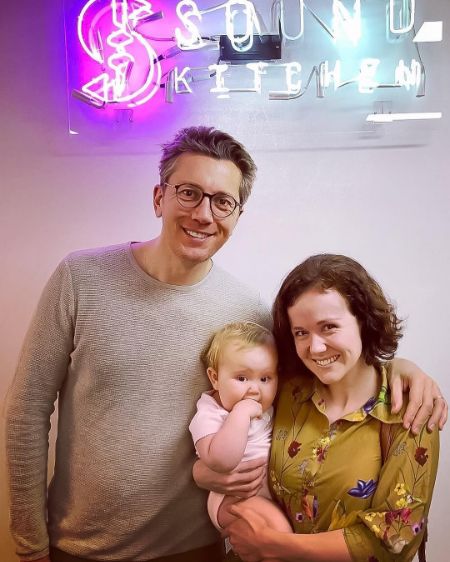 There isn't accurate information about the date and venue of their wedding. To date, Arianwen has never been involved in extramarital affairs and divorce rumors. The two always remained committed to each other, leading to their relationship lasting for the rest of their life with faith and trust.

The proud husband is a voice artist and writer featured in television series including Home and Away, Curtin and Underbelly. Arianwen is usually open about her life but failed to describe the reason behind her break from the showbiz industry because of her miscarriage during her late pregnancy.

Regarding expanding her family, Arianwen Parkes-Lockwood and his husband are blessed with an adorable daughter, Serafina Lucia Saoirse Fabrizi. Arianwen hid her baby bump from her film stars behind oversized coats while shooting for season five of the Foxtel drama. 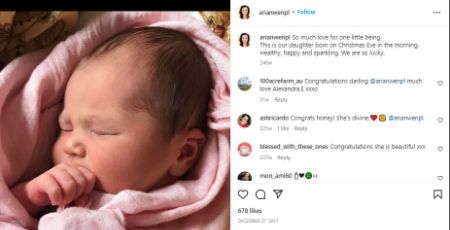 "More than two years ago, I suffered a miscarriage late in my pregnancy. It was an unfortunate and difficult time for us," recalled a brief period as she came out with tragic news via social media posts. As of now, the beautiful duo has a great family life together with a healthy baby.

The gorgeous bundle of joy safely arrived on Christmas Eve of 2017. As a new mother, A Place to Call Home actress told about learning about the highs and lows of parenthood, and it took the little one 67 minutes to come into the world and only four weeks to be named "Serefina Lucia Saoirise Fabrizi." 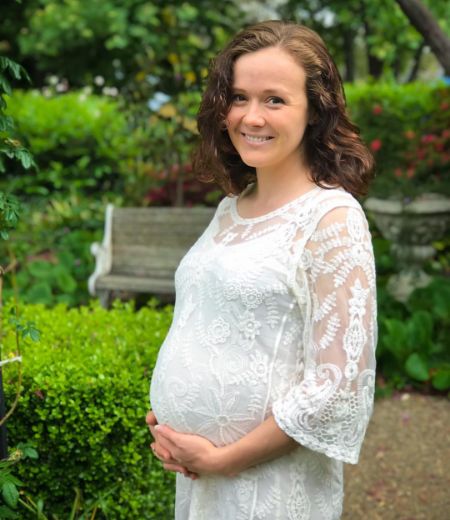 Additionally, Adrianwen and Marcello are brave people who have not lost their hope. The couple believed in trying again after such an unfortunate incident and, eventually, coping with it over time.

An unfortunate happened in 2015 which broke everyone's heart, including his follower, who was saddened by the miscarriage Arianwen went through. Australian actor knows how strong the bond is between mother and baby and regularly posts about her daughter's lovely image on her media platforms.

Arianwen Parkes-Lockwood made a decent amount through TV series, as she is one of the most popular actresses of her generation. She started her career at age soon after her graduation by portraying Abigail in The Crucible, a show from The Sydney Theatre Company's production. 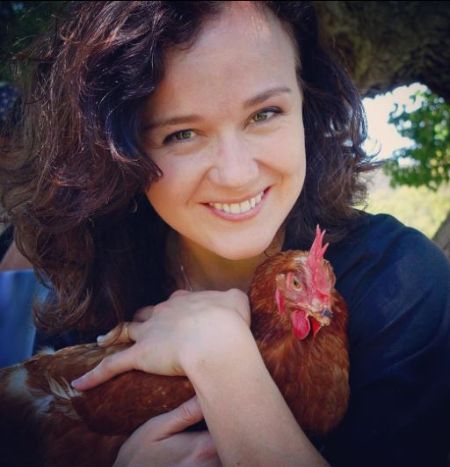 Arianwen Parkes-Lockwood is known for the Australian drama series A Place to Call Home. SOURCE: Instagram(@arianwenpl)

In the six seasons of Foxtel's A Place To Call Home, Parkes-Lockwood brilliantly portrayed Olivia Bligh. The 1950s period Australian drama series created by Bevan Lee has six seasons with sixty-seven episodes. The show secured the "Logie Award" for Most Oustanding Drama Series in 2017.

Apart from acting in the movie, Arianwen produced phenomenal movies like The Filmmaker and A Grape Family Adventure. Parkes-Lockwood has appeared in numerous projects such as Tough Nuts: Australia's Hardest Criminals, The Kangaroo Gang, and Miss Fisher's Murder Mysteries.

Mrs. Lockwood has summoned an estimated networth of $ 2 million as of 2022. She was featured in one of her highest-grossing blockbuster TV shows, such as Underbelly: Razor, in 2011, working opposite Kat Stewart, Gyrantley, and Rodger Corser.

Check out the video of Arianwen Parkes-Lockwood on Samsung TV Advertisement in 2013.

Also, Arianwen appeared in the BBC documentary drama The Kangaroo Gang: Thieves by Appointment. Also, Arianwen has shown her potential through many creative sectors, like an audiobook narrator and voice artist, through her warm, bright, sparky, energetic voice.

Arianwen Parkes-Lockwood has created a buzz in the media of her appealing physical appearance with a decent height of 5 feet 6 inches. She is a vegan activist who follows a proper celebrity diet and goes gym to stay fit.

The 36-year-old actress prefers exploring varieties of cuisines with her close ones. The naturally beautiful star is pretty much famous on social media, and fans would love to stay in touch with Arianwen having over 2.7k followers with more than 340 on the official site @arianwenpl

In 2019, Arianwen Parkes posed for PETA's anti-wool campaign with her newborn, Lucia, in her arms to raise awareness of how the dairy industry rips the family. Precisely, she is seen breastfeeding her daughter Lucia in the movement to end the killing of bull calves in the dairy industry.

Arianwen Parkes-Lockwood is happily married to her long-term boyfriend turned husband, Marcello Fabrizi. The couple has been together for many years.