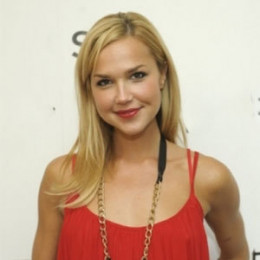 American model and actress, Arielle Kebbel is the daughter of Sheri Kebbel, a talent manager and owners of a production company. She graduated from Crenshaw School in Winter Garden. She starred in the comedy 'The Brooklyn Brothers Beat the Best', which was premiered on 9th September 2011 at the 2011 Toronto International Film Festival. Kebbel appeared on Hawaii Five-0, as a guest-starring role in the season three episode "Popilikia" in October 2012.

Arielle Kebbel was in relationships with Brahman Turner, a film director in 2006 and broke up in 2007. She has also encounter with Kevin Connolly, an actor in 2010. Arielle Kebbel dated Aaron Bay-Schuck in 2012. The Uninvited (2009), American Pie Presents: Band Camp (2005) and John Tucker Must Die (2006) are her popular movies. She contested for the 2002 Miss Florida Teen USA beauty pageant.