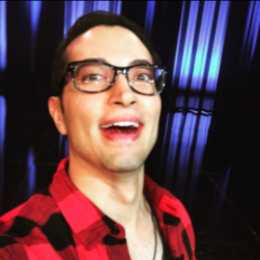 Aristotle Athari is an American actor, comedian, and filmmaker who became immensely popular for starring in HBO's Silicon Valley. Other than that, fans appreciate Athari for performing on Saturday Night Live, Concussed, and Comedy Central.

Aristotle Athari is a married man who happily tied the knot with the love of his life on September 27, 2021. Notably, it's the same day he earned a dream job at NBCNL. But, who is the lucky woman in Athari's life? She is none other than Maura Grace Athari, a photographer by profession and made her debut on her husband's Instagram wall on 2nd November 2019. 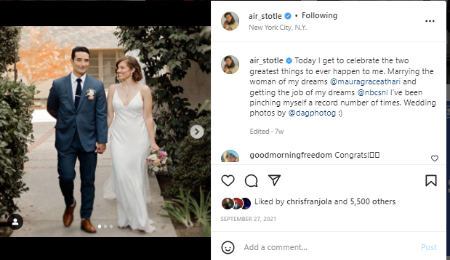 It's still unclear how long Maura and Aristotle have been together. But, Athari's romantic affairs were first documented on Instagram in August 2017 on Maura's official account. Indeed, both Maura and Aristotle Athari do not lag flaunting their chemistry on social media handles.

Aristotle exchanged vows with his lady just days before joining the season 47's cast for Saturday Night Live as a newcomer. Athari appeared on October 16 episode.

Comedian Aristotle Athari has not yet revealed if he has any children with his wife, Maura Grace. However, his love and concern for small kids hint that Mr. and Mrs. Athari are soon planning to welcome a baby into their family. Aristotle and his wife are also avid pet lovers; they own a dog named Gracie, whom they treat as their own baby.

What is Aristotle Athari's Net Worth?

Aristotle Athari has summoned an estimated net worth of $5 million, as of 2022 and receives a paycheck of around $60,760 annually, which is the basic salary of an actor in the United States. 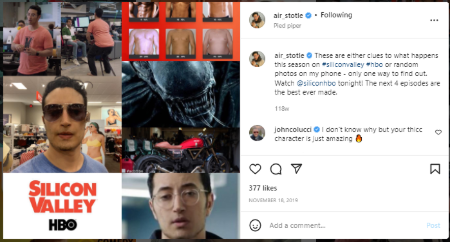 Aristotle showed his interest in the entertainment fraternity in 2008 and went on to be appeared in several videos and landed a recurring role of Gabe in HBO's Silicon Valley. Furthermore, he served as a consulting producer for the Patriot Act with Hasan Minhaj.

Athari had been a director for a comedy special, Whiskey Fists, and Drew Lynch's comedy show Concussed. Apart from that, Aristotle did standup comedies and was featured on Comedy Central and the Just for Laughs comedy festival.

Moreover, in June 2021, Aristotle launched a podcast, This is Americans Live, with a fellow comedian and writer Andy Harris. The show airs on Will Ferrell's Big Money Players Network.

Maura Grace Athari has been married to Aristotle Athari since September 2021. They sparked romance for many years before wedding.