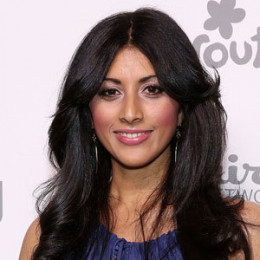 Ariya Eliana Katdare is a daughter of a British-American television and film actress and singer , Reshma Shetty and actor of Indian descent Deep Katdare.Her father is also an executive producer.There is no information about her in social sites,she is popular because of her parents. Her father Deep Katdare graduated from Massachusetts Institute of Technology.Her mother Reshma graduate of the University of Kentucky.

Ariya Eliana Katdare is a little girl,there is no information about her affairs in social sites.Her named Ariya Eliana Katdare means gift from God. She was born on October 6, 2015.Ariya mother is a cast member on the American television program named Royal Pains it is portraying by a physician assistant (PA) named Divya Katdare.Steam is her mother first movie,she has a role of Niala