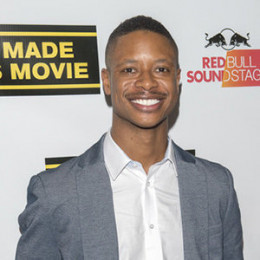 Arjay Smith is an American actor known for his teenage role in the Nickelodeon Children’s Television Series, The Journey of Allen Strange. He started his career since 1996 from his debut role in Nick Freno: Licesed Teacher. He appeared in various spectrums of plays and series like The West Wing, NYPD Blue and so on. He grew up in Los-Angeles with his four older sisters and two younger sisters. He is of black ethnicity.

His current relationship status is married. He married his girlfriend after dating a couple of years. He isn’t seen dating with any other girls. He is a caring husband who loves to spend time with his wife. He is planning on having children in the near future. His blackish charming face has many fans that falls on his charisma. He is a cheerful person who enjoys every moments of his life.

She is the daughter of director Oz Scott. She is known for her work on The Nightly Show with Larry Wilmore (2015), Bad Girls Club (2006) and The Biz (2015). She also worked in the daytime programming at CBS.