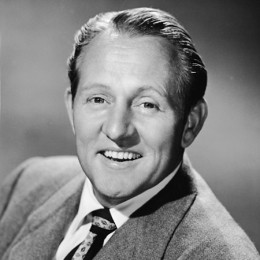 Arthur Gordon Linkletter commonly known as "Art Linkletter" was a radio and television personality, best known as the host of House Party and People Are Funny. He was adopted by Mary and Fulton John Linkletter. Details about his biological parents and siblings are still unknown. He graduated with a bachelor's degree from San Diego State Teachers College, now, known as San Diego State University, in the year 1934.

He was married only once through out his life and today also his marriage is regarded as one of the long lasted marriages of any celebrity in America, for nearly 75 years. With his wife he had raised five children: three sons and two daughters. Among his five kids two of them died at their young age. There are no any controversial issues related to his personal and professional life.

She is the first and last wife of Linkletter. The couple was never divorced and they were together for nearly 75 years.

He was an American game show and television host and entertainer, who died on December 18, 2007.

He is the second child of Linkletter. His date of birth and current status are still unknown.

He is the third child of Linketter, who was killed in a car crash at the age of 35.

She is the first daughter of Linkletter, who was born healthy.

She was the youngest child of Linkletter, who committed suicide at the age of 20.