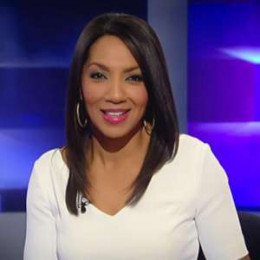 Arthel Neville, an American journalist and television personality, is currently married to Taku Hirano, a Japanese percussionist and recording artist, since 2001. She also works as a weekend anchor of Fox News Channel. Arthel was born to father Art Neville, a founder of many New Orleans music groups. She completed prepharmacy at Xavier University before joining journalism at Southern Methodist University. Arthel joined at the University of Texas where she earned a bachelor’s degree in journalism.

Arthel Neville has married twice in her life. She got married to Derrick Lassic, a footballer, on April 22, 1995; this couple got divorced in 1998. She later remarried to Taku Hirano in 2001. Her second husband is a recording artist and recording producer from Japan. They do not have any children till now and have not revealed anything about their further plans. As of now, there are no signs of their separation.

Derrick Lassic is a footballer. They got married in 1995 and divorced later without revealing any reasons for the divorce.

Taku is a Japanese percussionist and recording artist. They are happily married since 2001. There are no signs of their separation yet.