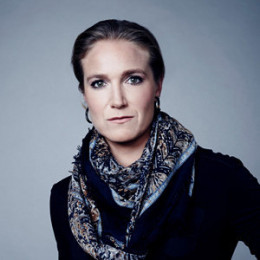 An American award-winning journalist as well as a senior international correspondent for CNN ,Arwa Damon is currently single.She is a daughter of Dr. George H. Damon, Jr, and Joumana. She is a granddaughter of former Syrian Kurd prime minister of Syria, Muhsin al-Barazi.Arwa graduated from Robert College. She began her career at CameraPlanet, working to get correspondent Peter Arnett's team.

Damon has won an Investigative Reporters and Editors' IRE Award for her reporting of the Consulate attack in Benghazi. She is an owner of The International Network for Aid, Relief, a non-profit organization. Damon is a first journalist to arrive at the scene, recovering from the ruins of the building the personal diary of slain Ambassador J. Christopher Stevens.