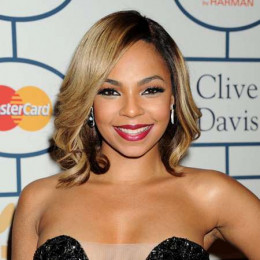 Ashanti Shequoiya Douglas is a singer, songwriter, dancer and record producer. Her debut album, featuring the hit song "Foolish", sold over 503,000 copies within first week of it's release throughout U.S. She won her first Grammy Award in 2003, with the self-titled debut album for Best Contemporary R&B album. She is the daughter of Ken-Kaide Thomas Douglas, a singer and Tina Douglas, a dance teacher.

Exploring her personal life, she is yet unmarried but is currently taken. These days she is dating a tough American footballer with whom she is spotted at various places. As she is so attractive, she had dated a few men in her past days with whom she made some news highlights. She does not have any kids from any of her past affairs. To stay connected to her we can simply follow her on Twitter @ashanti.