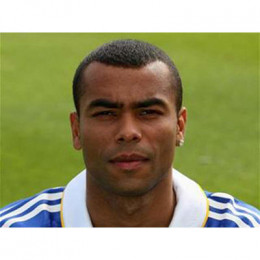 Ashley Cole is an English professional footballer recognized as one of the best defenders of his generation and also as one of the best left back in the world by some. He currently plays for Italian club side Roma and in the England National Football Team as a defender wearing jersey number 3. He started his youth career at Arsenal and made the professional debut from therein in the year 1999.

He is currently dating Italian model Sharon Canu. The couple made their first public appearance following the birth of their second child at the PrettyLittleThing X Hailey Baldwin launch event in West Hollywood in November 2018.

"Ashley's over the moon to have one of each after having a daughter. Him and Sharon are really serious and devoted to each other. He seems a completely different bloke."

He was previously married to a famous singer Cheryl Fernandez-Versini and they got divorced after four years of marriage in 2010. They don't have any children. Before marrying his wife, he was in a relationship and also during his marital life he had a romantic relationship with other women and often pulled in such rumors and gossips. After his divorce, he had dated with different bold and sexy women.

Ashley Cole was born on 20 December 1980 in Stepney, London.

He appeared in Arsenal's UEFA Champions League final for the first time in 2006.

She is a singer. She had been dating with him since 2004 and the relationship turned into marital vows after two years of dating. The marriage was struggling as her husband shared the romantic relations with other girls. The couple has no children.