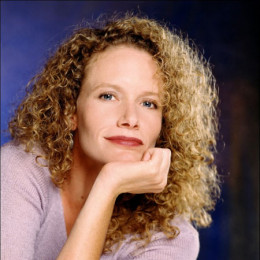 An American film and television actress who is better known for starring as Sandra Bennet on the television show Heroes. In 1982 she graduated from Auburn University where she was member of Alpha Omicron Pi sorority. She appeared in the TV screen through her debut minor role in U.S. soap opera Guiding Light. She also co-starred in short lived science fiction series Probe. She has appeared in guest role of various TV series like Everybody Loves Raymond, Touched by an Angel, Party of Five ,Dark Angel and The Mentalist. She has also acted in the movies like Minority Report, Little Big League.

Talking about her relationship status, she is a married woman. She has been married twice. She first got tied in knot with her longtime boyfriend who was her cast-mate on As the World Turns. Unfortunately the relationship didn't last longer than five years and the got divorced for some unknown reasons. Currently she is married with her fellow cast member. She has not been a biological mother yet.

he was her first husband. They fall for each other after they first met each other on the set of As the World Turns. Reason behind their divorce is stilll unknown.

Professionally he is an American actor. They first met each other on the set of science fiction television drama series Heroes.