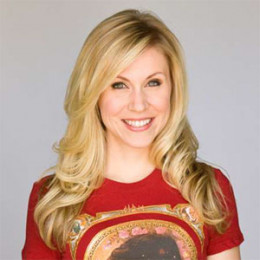 Ashley Eckstein is an American actress who acts for films as well as television. She has played in several movies and TV series. She grew up in Orlando, Florida. She also loves to design and make clothes. She started her career since 1994 as a cast member of Disney�s MGM Studios. Her father and mother are Sharon Dane and tony Dane.

Currently Ashley’s relationship status is married and she is married to a baseball player, David Eckstein. Rumours of dating with boyfriends are just rumours. She is a good wife and isn’t found dating with anyone else till now. She is a brilliant actress who has dreamed of becoming a designer and actress in her childhood. She is in her height of success and is achieving a lot. She has not been a biological mother yet.

David Mark Eckstein is a retired American professional baseball player who was an infielder in Major League Baseball for ten seasons.