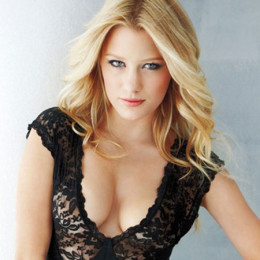 The supremely talented and gorgeous Ashley is an actress and a professional model. She is well known for her appearance in films like Chronicle, Rites of Passage, The Pyramid, About Cherry and many more. She has appeared in an advertising campaign for Abercrombie & Fitch as a model and later in 2008 became a beauty pageant judge on the MTV reality Television series "Made".

Ashley Hinshaw was born on December 11, 1988, in La Porte Indiana to Chris and Craig Hinshaw. Since her childhood days, she was interested in acting and participated in several children's plays and youth theatre.

At the age of 13, she won the local hometown pageant again in 2003, she won third in the Queen's Court competition and second in the photogenic competition in the Miss Indiana American Junior Teen Pageant.

Hinshaw moved to the New York to begin her modeling career at the age of 16.

Ashley started her first modeling career in 2002, where she participated in the Miss Indiana Junior Teen competition. She was a judge on the MTV reality television show, Made in 2008.

She appeared in the independent film called Rites of Passage in 2011.

Moving on to her personal life, she is no more single as she recently got engaged to her longtime dated boyfriend, Topher Grace in 2015. The duo exchanged a vow on May 29, 2016, near Santa Barbara, California.

On August 1, 2017, Hinshaw confirmed that she and Grace are expecting their first child, The pair is living a blissful since a long time and there aren't any kinds of rumors regarding their divorce or split.

Ashley is a successful model and actress who has a net worth of $500 thousand. Despite that, she is living a lavishing life with her husband.