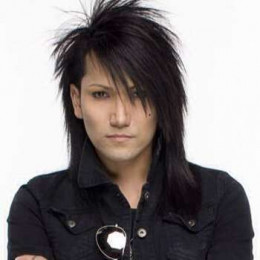 This young man is a glam metal bassist and backing vocalist for the American rock band Black Veil Brides.

Talking about his personal life, he is yet a bachelor and is single at the moment as well which might be a very good news for all his lady fans. Few years back, he was in a relationship with super-hot American model but after the break up he hasn't disclosed any information regarding his love life till now. As he has interest on dating ladies so he definitely is not a gay.

Since 2006, he is working with rock band the Black Veil Brides with band member Christian Coma. Before he rose to fame, he used to work as a graphic designer and also was a member of several smaller bands. He was raised by his grandparents and he moved from Missouri to Los Angeles to become a musician.