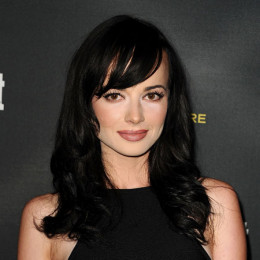 Ashley Nicole Rickards is a talented actress and director, well known for playing in the MTV comedy-drama series "Awkward", as Jenna Hamilton and as Samantha Walker, in drama series "One Tree Hill". Her notable film credit includes the 2011 independent drama film "Fly Away", where she portrayed as Mandy. Besides acting, she is a good painter and is an avid equestrian who also writes poetry and scripts in leisure time.

Exploring her personal life, she is yet unmarried but is soon going to get married as she is now engaged to her handsome fiance. Her fiance is a musician and together they attend various musical events and other functions. The don't have any kids from their relationship. Before that, she was often romantically linked with Brett Davern, an actor but they never spoke publicly about their relation.