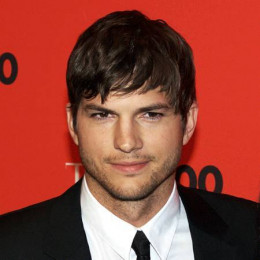 An American renowned actor, producer, investor and former model who appeared in big screen by starring as Kelso on Fox's That '70s Show. He is son to Larry M. Kutcher and Diane Kutcher. When he was just a child he had to suffer from two devastating incident which includes divorce of his parents and his twin brother has to undergo emergency heart transplant surgery. From his young age he had keen interest in acting. He attended Clear Creek Amana High School and during his high school he was rebellious type and he was convicted of stealing money. After graduation he joined University of Iowa but later he dropped from university in order to pursue his career in modelling and things turned good to him. He won Fresh Faces of Iowa modeling contest. Jobs, Dude, Where's My Car?, Spread and The Butterfly Effect are some of his popular movies he has starred.

Talking about his personal life he was married with an actress at private ceremony conducted by a Rabbi of the Kabbalah Center in presence of more than 150 guests including their friends and family. But the relationship didn't go well and the couple got divorced. Moving onto his relationship, he has dated nearly a dozen of celebrities. Since he is so good looking with his great pleasing personality, we cannot neglect the seduction. Currently he is in relationship with his new girlfriend and they are already engaged.

They were first spotted together in a party at Diddy`s MTV Movie Awards. After six years of their relationship things didn't worked out well and the got divorce citing irreconcilable differences as the reason behind their divorce.

She is very cute and gorgeous. Her picture along with Mila can be found in different sites.