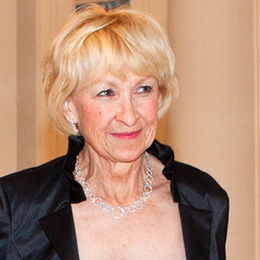 The love story of Astrid Menks with his billionaire husband, Warren Buffet is like none you have heard of. We guarantee you will shake your head in confusion. Menks didn't marry his now-husband until two years later his first wife's death. Matter of fact, the trio including Menks, Buffet and his first wife were great friends whilst Buffet's legal wife didn't mind with Astrid and Buffett being in a relationship.

Astrid Menks is the second and current wife of the business mogul, Warren Buffet. Menks was reportedly born in 1946 and hails from Latvia, a country in Europe. Despite being married to a billionaire, Menks prefers to keep her life simple and secretive. 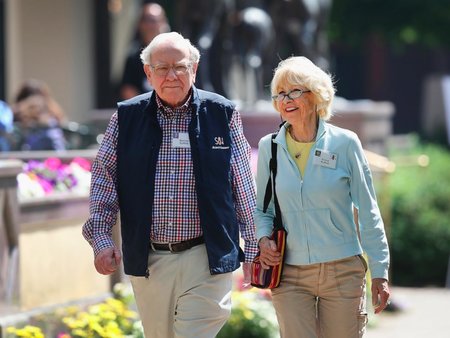 Menks's early life and background history are not disclosed to the public yet, except for that, she used to work with Buffet's former spouse at a cocktail bar. Concerned with her private lifestyle, she even declined to appear on Buffet's HBO documentary, Becoming Warren Buffet.

Astrid Menks and husband Warren Buffet married in 2006 after the death of Buffet's first wife, Susan Thompson who passed away in 2004 from cancer. Menks and Buffet were together for three decades before they made their relationship official in 2006. 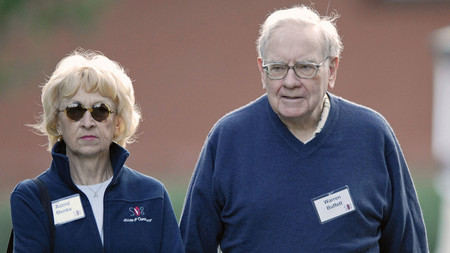 Their affair started in the late 70s' when Thompson left Buffet in 1977 to pursue a career in music after the business tycoon cheated on her. In an interview, Warren revealed that it was 95% his fault that the couple split. Matter of fact, Menks and Thompson were already great friends and knew each other at the bar where Susan used to perform.

Also See: Who is Kelly Curl?

Not to mention, it was Susan who introduced Warren to Astrid. Before leaving to pursue her career, Susan had asked Astrid to take care of her husband whilst she would be gone to which Astrid accepted. It was then after Astrid began to take care of Warren, that led the two form a romantic relationship.

Susan and Warren, however, never had a controversial dispute. If anything, they had mutual respect for one another. The former duo never officially divorced but would attend events together. With mutual love and understanding, the trio would sell cards to their loved ones on holidays signed with all three of their names at the end. 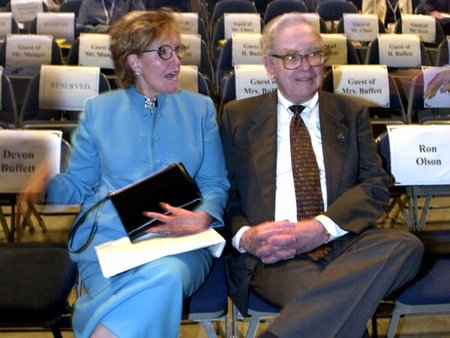 Astrid Menks and Warren Buffet's wedding took place in Ohama Nebraska for only 15 minutes at the home of Susan Alice Buffet, a philanthropist. Their wedding was followed by a reception at the Bonefish Grill which is a seafood chain restaurant across the nation. Susan is one of the third children of Warren and his first wife alongside sons; Howard Graham Buffett and Peter Buffett. Astrid and Warren share no children of their own.

Astrid Menks keeps her net worth and earning details lowkey. She can be, however, seen attending charity events with Warren many times. Although her exact net worth is not known yet, her husband Warren Buffet, a businessman and investor bags a net worth of $80.5 billion. Buffet is the CEO of Berkshire Hathaway.

Menks lives along with his husband in Nebraska where Buffet has been residing since 1958. Despite being a billionaire, Buffet lives a simple life. Matter of fact, he bought the five-bedroom and 2.5 bathroom house at $31,000. Besides, Buffet who also owned a house in Laguna Beach that was put on sale in February 2017 for $11 million was sold for $7 million. Buffet calls his Nebraska mansion his third-best investment.

Due to his simplicity, Menks also owns simple cars. Only in 2018, when he added the newest car to his vehicle collection, he purchased a Cadillac DTS which cost him $45,000. 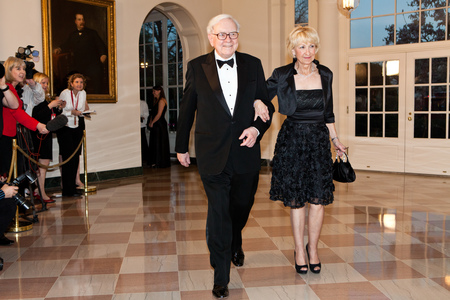 The wife of Warren Buffet, Astrid Menks stands at a height of 5 feet 7 inches and weighs around 60 kg. She is naturally a blonde who flaunts dark brown eyes. She belongs to the white race.

Astrid Menks' husband, Warren Buffet is the current CEO of Berkshire Hathaway and the current sixth richest person in America.