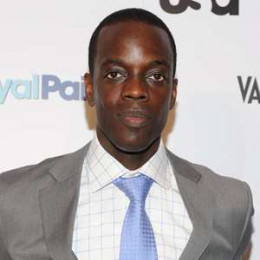 An American television and film actor, Essandoh is currently single. There is not much information about his parents except that his parents were from Ghana, West Africa. Ato Essandoh attended New Rochelle High School from where he graduated in 1990. later he studied at Cornell University where he earned B.S. in chemical engineering. He made his acting debut from 2001 film "The Experience Box".

Ato is also a playwright and authored Black Thang which is published in the anthology Plays and Playwrights 2003. Essandoh is also the co-founder of The Defiant Ones writing and performance group. He has featured in a couple of movies in 2004 including American romantic comedy-drama film Garden State, television movie Salome and American romantic comedy-drama film Saving Face. His relationship status is still unknown for mass.