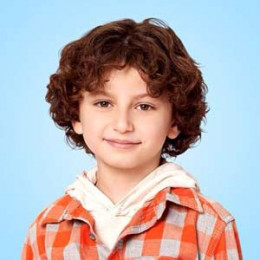 An amazingly talented American actor August Maturo earned his breakthrough through his role as Auggie Matthews on the Disney Channel original series Girl Meets World. He was famous for a guest-starring role in a recurring role on How I Met Your Mother.

He also played minor roles on Dads, Raising Hope, Weeds, See Dad Run, and Suburgatory and caught the attention in various commercials. He became one of the youngest person ever to receive a Disney contract.

He was born on August 28, 2007, in Ventura, CA to the mother Maha Maturo. His birth sign is Virgo. He has a younger brother named Ocean a sister named Michele.

He started acting career when he was only three years old. He acted in a church play and realized his talent. He told his mother that he wanted to be on stage always and not sitting in the audience. Realizing her son’s dream, his mother booked an agent for her son and by the age of four, this little boy had become a star.

He first appeared as Isaac in the pilot of TV drama Applebaum. He also had an early television guest-starring role in the comedy series How I Met Your Mother, Raising Hope, Weeds, and Dads. 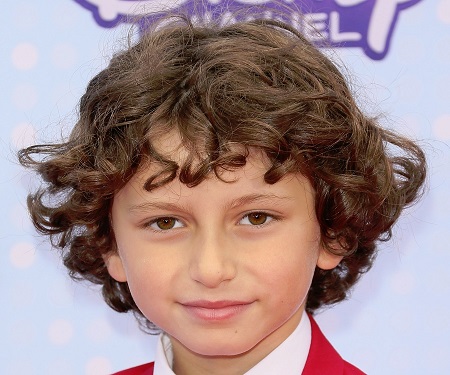 He also played a character of the youngest son of Cory and Topanga with his own name character Auggie in American comedy television series Girl Meets World on re-boot TV series on Disney Channel. He also appeared in the sitcoms See Dad Run and Suburgatory that year, aside from starring in Girl Meets World beginning in 2014.

He was the youngest person ever to be offered a Disney Channel series regular contract when he was just 5 years old. By the age of two, August could read and write and from his early age, he has shown an amazing talent for both comedic and dramatic roles.

He has been cast as the lead character in the indie feature Shepherd: The Story of a Jewish Dog, which is based on the Israeli novel The Jewish Dog by Asher Kravitz. The film is directed by Lynn Roth and produced by Howard Rosenman.

He earns sufficient amount of money from his acting career. As per the sources, his net worth is approximately $300K. According to TMZ, his minor contract states that he is slated to make more than $8,000 per episode, with one episode being shown per week throughout the show's first season.

The show was picked up for the additional season and his salary was also increased to $9K per episode by season 4. He is living happily with his parents and siblings in August dwells in Los Angeles.

Maturo is a very talented boy having different hobbies. He is not only an actor but also a musician, he can play piano and loves singing. His favorite game is baseball and subject are Astronomy, Science, and Geography.

In an interview, he said that if he hadn’t been an actor he would be a scientist. He loves spending time with his siblings. He also wants to become a writer and wrote his first book on science experiments.

He suffers from a chronic food allergy. He is allergic to tree nuts, peanuts, coconut, and sesame. His mother said in the interview,

"He was three years old and we were at a family get together, he tried a cashew for the first time and he started choking and gagging and his lips swelled. He vomited. I recognized those as symptoms of anaphylaxis and rushed him to the emergency room, where they gave him epinephrine, which is the first-line treatment for anaphylaxis. After that, we met with Auggie’s allergist, who then diagnosed him with his food allergy."

His social media accounts are run and monitored by his mother where he has huge fan followers. His fans are counted in millions, with more than 2.1 million followers on Instagram, more than 192K fans on Twitter, and more than 583K fans on Facebook.