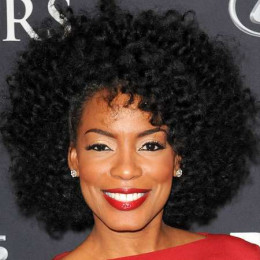 An American film, stage, television actress, and producer who is better known for her role in the 2011 film The Help. She was raised by her grandmother. She holds degree of Bachelor of Arts in African-American studies from Brown University. She also went to Graduate Acting Program at New York University. She started her acting career by acting in Broadway revival of William Shakespeare's The Tempest. Later she got chance to act on Fox police drama series, New York Undercover. Men of Honor, Undercover Brother, Ray, The Taking of Pelham 123 etc. are some of popular movies she has starred on. In 2015, she had played the lead role in miniseries The Book of Negroes.

She is a married woman. She got married with her longtime boyfriend whom she secretly dated for many years. They got married secretly in presence of both families. She has not yet disclosed name of her husband. She has not disclosed any information regarding her children too. There is no record of her dating anyone in internet. It seems like she is the kind of person who loves privacy in matter of her private life.