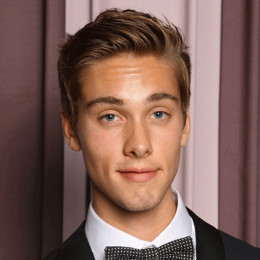 He is an American Teen actor, best known for playing in the original Disney Channel sitcom I Didn't Do It, as Logan Watson. He also has appeared in several guest star roles in hit series, including See Dad Run, General Hospital, Kickin' It and A.N.T. Farm. Besides acting, he is a professional drummer and excels in sports such as basketball, snowboarding and surfing. At the age of 8, he made his debut as an actor for a church Christmas play.

Accounting his personal life, he is just a teen aged boy and is too young to marry someone. Till now he hasn't been seen with any of the girls who can be assumed as his girlfriend. He is totally single. As he is in his early phase of acting career, so these days he is much more focused on sharpening his acting skills. Currently, he lives in Los Angeles with his parents and sister.