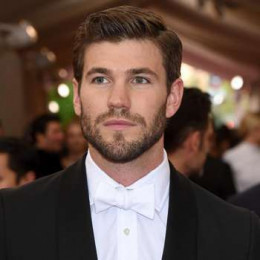 An American actor, Stowell is best known for his portrayals in Dolphin Tale, Dolphin Tale 2, Whiplash and as Dalton Joiner in the 2013 romantic drama, Love and Honor and as Francis Gary Powers in Steven Spielberg's Bridge of Spies. In 2007, he graduated with a Bachelors of Fine Arts from the University of Colorado. His father, Robert is a retired steelworker while his mother, Elizabeth is a schoolteacher.

Accounting his personal life, he is yet a bachelor and is single at the moment. He is single because he recently broke up with his girlfriend who by profession is an actress and model. The two stayed as couple just for few months only. Besides, there is no record of his past affairs till date as he is very reluctant in this matter. We can follow him on Twitter @austinstowell, to know more about him.