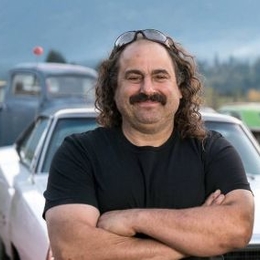 Growing up in a small town of Canada, Avery Shoaf never thought he will be a celebrity one day. However, at present, he is known by millions of fans worldwide. Shoaf achieved all this popularity through the sucessful documentary series 'Rust Valley Restorers.'

The fans of the show "Rust Valley Restorers" are familiar that Avery Shoaf has a great sense of humor and business sense. Furthermore, when it comes to cars, his knowledge is impeccable.

But when it comes to his personal life, it is a kind of mystery. He does not talk much about his love life in public or share pictures of his significant other in social media.

Nonetheless, on February 5, 2020, Shoaf shared a picture of him with a lady in a car. Furthermore, his son was also featured in the picture. Alongside that picture, he wrote: A family outting. The young man should be safe there. 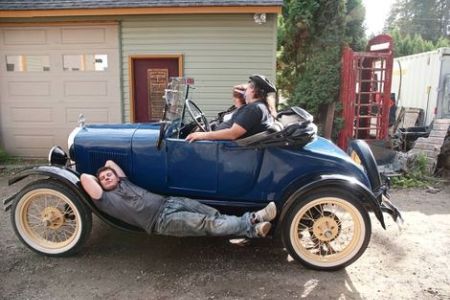 After the release of that picture, one section of fans started guessing that the woman in the picture is his wife. On the other hand, many speculated that she is his mother. It is not clear who is in the photo, but there is no doubt she is his family member.

Proud Parent of A Son

The reality TV star regularly shares pictures of his son on his Instagram. Furthermore, he also do not shy away from boasting his kid's achievement. When his son finally fixed a truck, he proudly shared the picture and wrote: Young pup finally got his rig together after two months on the hoist... congrats kid!! 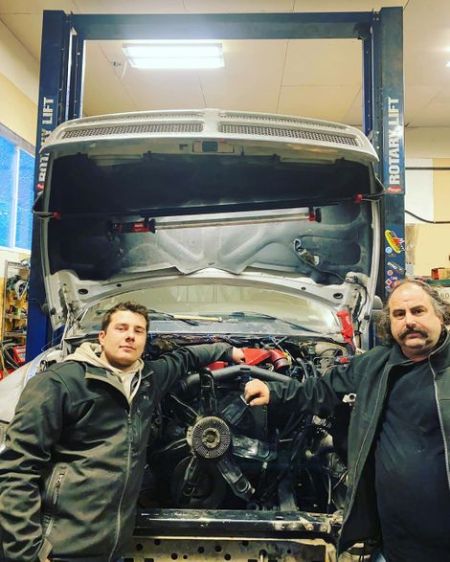 Though he has posted multiple pictures of his child, he is yet to reveal the name. He mostly calls him on social media with terms of endearment, such as pup and junior.

Avery Shoaf is best known for his appearance in the season one and two of the documentary series "Rust Valley Restorers." The show follows the daily life of Mike Hall, Avery Shoaf, and Connor Charman-Hall as they restore the classic cars.

The first season of the show was aired on December 6, 2018, and ended on February 7, 2019, with a positive response. Since it gained critical sucess, Netflix picked it up, and the show was seen all around the world. The show became quite popular all around the globe, and Shoaf together with his team members quickly became a household name. 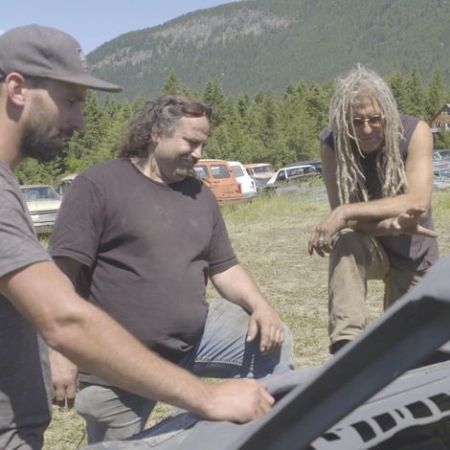 Because of immense sucess, the show was renewed for the second season. Another installment of the series started on November 21, 2019, and ended on February 6, 2020. Till now, the third season is not announced, but given it is very popular among fans, it is very likely it will happen soon.

It is not clear how much Shoaf is earning from his television appearance. But, he is not earning much from his company. The owner of Rust Valley Restorers, Mike, is addicted to buying new cars. So, whenever the business makes some profit, instead of distributing the profits to his employees such as Avery, he impulsively buys new vehicles, and the total budget gets disturbed. 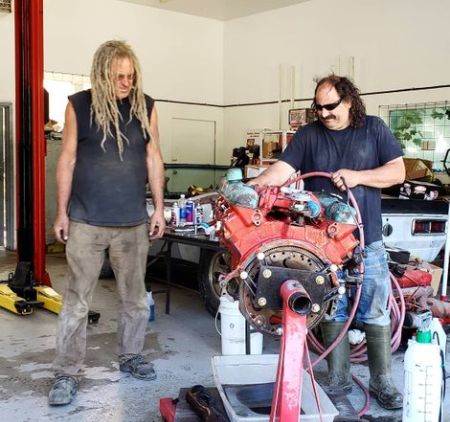 Nonetheless, Shoaf has garnered immense popularity from the show, and there is no doubt he is enjoying various perks of being a celebrity such as an invitation to events and sponsorship from companies.

Before joining Rust Valley Restorers, he was a owner of Tappen Business. The company focused on rebuilding heavy equipment. As of 2020, his net worth is estimated to be $200,000.

Avery Shoaf is a father of one child. He constantly shares pictures of him on his Instagram. He is also interested in car rebuilding just like his father.