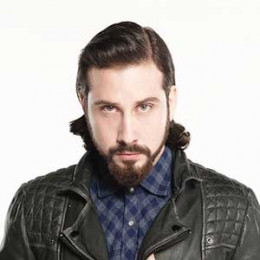 Avi Kaplan is an American singer and vocalist best known as a member of a capella group Pentatonix, the group usually performed pop music and cover songs. Her group is three times Grammy Award winner. He along with the group won the third season of The Sing-Off on NBC singing a cappella arrangement of "Eye of the Tiger." Currently, he is working for his new release.

Since his childhood, he was interested in folk music, so he learned to play the guitar and then performed at Visalia coffee houses. He joined Fermata Nowhere, a high-energy male Capella group at Mt. San Antonio College to began his career.

Prior to joining Pentatonix, he was already an accomplished a capella artist and widely known to perform opera and jazz. In 2011 he joined Pentatonix and gave the audition for The Sing-Off, with three singers from Arlington, Texas, and a YouTube musician. The group successfully won the title ICAA. The five members of Pentatonix are Scott Hoying, Kevin Olusola, Kirstin Maldonado, Mitch Grassi and Avi Kaplan where he played the bass vocalist and a lead singer.

Due to his singing and vocal quality he won three Grammy awards with Pentatonix in the "Best Arrangement, Instrumental or a cappella" category for their song "Daft Punk," a medley of songs by Daft Punk.

During his career, he performed at different venues worldwide, including New York City’s Lincoln Center and Carnegie Hall. Recently on June 9, 2017, Kaplan premiered "Fields and Pier" his first song as a solo artist, under the name "Avriel & the Sequoias" and working on his upcoming musicals.

Avi Kaplan is best known for his bass voice, and there is no doubt that all of his female fans are crazy for him. He posts love related images on social sites but do not talk about his love affairs and relationship. Avi keeps his personal life private. But some sources reveals that he is currently single.

Back in 2014, Grammy Award-winning singer was rumored to be dating one of the band member Kristie Maldonado, but the rumors of the pair proved false as Kristie is dating Jeremy Lewis since 2013.

Popular singer and vocalist Avi Kaplan is a well-established artist and a bonafide singer who achieved a lot from his singing career.  He earns good sum from his work and living a lavish lifestyle. As of 2017, his current estimated net worth is around $8 million dollars.