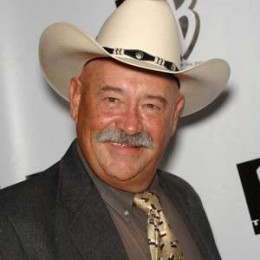 Barry Corbin is an American actor with more than 100 films, television, and video game credits. He was born to parents who were successful lawyer and an elementary school teacher. Corbin got interested in plays at a young age when he would organize neighborhood plays. He studied theater at Texas Tech, where he performed lots of plays. After two years in the Marines, Corbin began his career as a Shakespearean actor in the 1960s.

Barry Corbin also had a role in 2008's Oscar-winning film "No Country for Old Men". Corbin lost most of his hair in the 1990s due to alopecia areata. His first wife was Susan Berger whom he married in 1976 and divorced in 1992. Later, Barry married Marie Elyse Soape whom he divorced again after nine years of marriage. He has four children from his two wives.

Barry married his first wife Susan Berger in 1976 and due to some personal disputes, they divorced in 1992. The divorce was mutual and they moved apart.

After the divorce with his first wife, Barry married Marie Elyse Soape. They were married for nine years and then got separated. The reason for their separation is unknown.