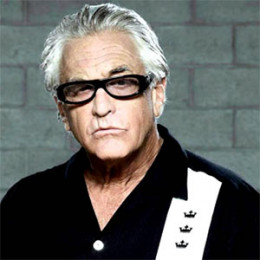 American music executive, Barry Weiss worked as a chairman and CEO of "The Island Def Jam Music Group" and "Universal Republic Records" from 2011 to 2014. He also worked for RCA/Jive Label Group from 2008 to 2011 and the CEO of its constituent Jive Records from 1991 to 2011. Weiss is a member of 'Sigma Pi' at Cornell University. He ahs appeared in a number of TV shows such as Storage Wars (2010), Motorcycle Mania III (2004) and Storage Wars: Barry Strikes Back (2015).

In 2008, Barry Weiss replaced music executive Clive Davis as chairman of BMG Label Group, which was renamed RCA/Jive Label Group in early 2009. He is best known as an important force in the careers of Britney Spears, Backstreet Boys, and 'N Sync. His father, Hy Weiss, was a music entrepreneur from the first generation of rock'n'roll and Doo Wop music owning and operating Old Town Records from 1953 until 1996. Barry Weiss was once married and has a couple of kids but no valid information has been disclosed yet.