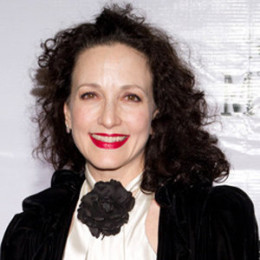 An American actress, singer, and dancer, Bebe Neuwirth, is currently married to a director and writer, famous from movies Jerome's Bouquet (2013). The 2012 Annual Actors Fund Gala Awards (2012) , Chris Calkins. The couple married on 4th May 2009. She is a daughter of Sydney Anne Neuwirth, painter, and Lee Paul Neuwirth mathematician. Neuwirth graduated from Princeton High School in 1976. She began her dancing career at the age of five by studied ballet .

Bebe Neuwirth married twice. She first married to an actor, popular from a movie named Waitress! (1981) and Murphy Brown (1988), Paul Dorman. The couple married in 1984 and divorced in 1991.Then she second marriage to Chris Calkin, he is the founder of Destino vineyard in Napa Valley. She won two Tony awards in a category of Best Actress for her movie ‘Sweet Charity’ and ‘Chicago’.

Chris Calkins is her second husband.The couple married on 4th May 2009.He is a director and writer