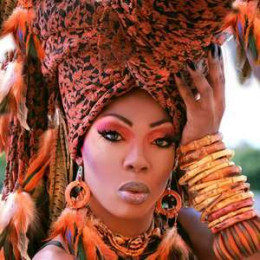 A Cameroon former male model, drag performer and singer, BeBe Zahara Benet is well known for winning the first season of RuPaul's Drag Race. He released his first single, "I'm the Sh*t," in 2009. In 2010, Benet made a cameo appearance in the music video for Erasure's re-release of their song, A Little Respect. He appeared in two episodes of RuPaul's Drag U, where he served as a drag professor in 2011.

In 2012, he released his third single "Dirty Drums" via iTunes. He is set to release his first full-length album in 2014. Preceding his debut album is the lead single "Face," released on March 3, 2014. BeBe Zahara Benet was working at a fashion show in Paris when a runway model failed to appear. He was a winner of "America's Next Drag Superstar" from the first season of the popular reality television series RuPaul's Drag Race.