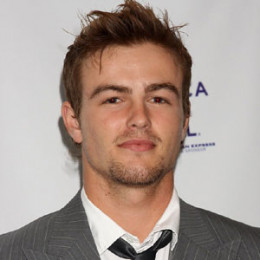 Ben Milliken is former amateur boxer turned actor. He is known for his roles in movies like Blue Crus 2, Newcastle, Beautiful Wave, and Deadly Sibling Rivalry.

Ben Milliken was born in Manchester, England and was raised in Bilgola Beach, located on Sydney's Northern Beaches. He attended Camera Studio where he trained in acting under the direction of Sandra Lee Patterson.

Ben firstly started his career as an amateur boxer and continued with the profession for ten years. After that, he shifted his career to acting and pursued his career in film and television. He spent three years studying at the leading film and then started landing his roles in television. He played numerous short movies including "McLed Daughters." He also acted in the independent feature film entitled "Newcastle". The film was able to make its World Premiere at the 2008 Tribeca FilmFestival.

His first role was in the television series "McLeod Daughters." After that, he appeared in many short films and theater. He also acted in the independent feature film entitled "Newcastle." The film made its World Premiere at the 2008 Tribeca FilmFestival. Other movies he appeared in are Blue Crush 2 as Tim, Beautiful world as Jeff and Deadly Sibling Rivalry as Kayden.

Ben Millien has done an excellent job keeping his affairs away from the spotlight. He is a handsome stud and must have had few girlfriend in the past.

As a hobby, he likes to surf and has showcased his skill in movies like Blue Crush 2 and Newcastle.

As Ben is not that popular in the field of acting, he is trying to build a career in it. He is one of the promising actors whose net worth has not yet been revealed.