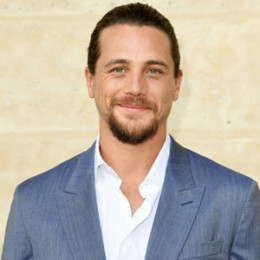 Ben Robson is a British actor who is mostly known for his roles as Kalf in the show "Vikings" starring with Alyssa Sutherland and George Blagden. He last appeared in the Horror movie entitled "The Boy" released in 2016.

Ben Robson was born on February 4, 1984, in Newcastle upon Tyne, England. He has a brother named James and a sister named Steph. His birth sign is Aquarius. He is of British descent.

Robson joined a school at Newlands Preparatory in New castle and then attended the University of the West of England and graduated with business honors without prior acting experience. He then shifted to the field of acting and joined Stella Alder Academy in Los Angeles.

Although Ben earned a degree in business, he didn't pursue a career in business. He moved to Los Angeles to study at the Stella Alder Academy and began his acting career on the stage with "The Goldilocks Effect" in the year 2010. Robson debuted from the movie titled "The Dark Prince."

After that, he performed in any more stage roles which helped him to gain recognition. He has acted alongside celebrities including Janet Montgomery, Matthew Rhys, and Jon Voight.

He in 2015 appeared in the famous drama series Vikings in season 3 in which he portrayed the role of Kalf.

Ben Robson is a private person and hardly talks about his affairs and relationship. But there were rumors, Robson dating Prince Harry's former girlfriend, Cressida Bonas.

When Bonas attended the BAFTA-LA's annual tea party, Robson was also present there. It is said that the pair after the event started dating. However, both did not address the rumors. Ben is possibly single right now.

The 33-years-old actor, Ben Robson is living a luxurious life as his net worth is estimated around $700 thousand.