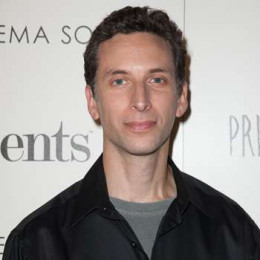 Benjamin Shenkman better known as 'Ben Shenkman', is a television, film and stage actor. He came to prominence after portraying one of HankMed's concierge doctors, Dr. Jeremiah Sacani, in USA Network's TV series, Royal Pains. He started his acting career with a small role in the 1994 film Quiz Show. He was born to Katherine, law associate and Shepard A. Sheinkman, a consulting company worker.

Moving on to his personal life, he is a married man. Till now he has been married only once and he seems pretty happy and satisfied with his beloved wife. He has been enjoying his marriage since 2005. Though the couple is married from a long time yet they don't have any child, which might be due to their busy work schedule. Besides, he has been romantically linked with any other ladies till date.

She is the one and only beloved wife of Ben, with whom he has been enjoying his marital relation since 2005.