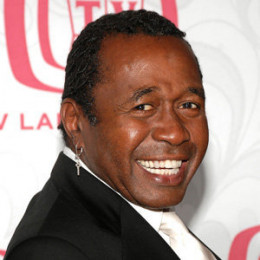 An American dancer, singer, and actor, Ben Vereen was married to Nancy Bruner since 1976, ultimately divorcing in 2012. He graduated from Manhattan's High School of Performing Arts and studied choreography under Martha Graham, George Balanchine, and Jerome Robbins. Ben Vereen was adopted by James Vereen and Pauline. He played the manipulative Billy Flynn in the U.S. and Canadian tour of Chicago and starred as the iconic Wizard of Oz in Wicked on Broadway from 2005 to 2006.

Ben Vereen was awarded by Tony Award for his performance in Pippin in 1973, after being nominated the previous year for Jesus Christ Superstar. Ben Vereen was married to Nancy Bruner since 1976, ultimately divorcing in 2012. They are the parents of four daughters named Karon Vereen, Naja Vereen was born in 1971 but she died in 1987, Malaika Vereen, Ben Vereen Jr., and Kabara Vereen.

Ben Vereen was born on 10th October 1946, in Miami, Florida. While he was still a baby, Vereen and his family relocated to Brooklyn, New York. He carried a gifted talent for drama and dance and often performed in local variety shows during his early childhood.

When he was 14 years old, Vereen joined the High School of Performing Arts, where he studied under world-renown choreographers Martha Graham, George Balanchine, and Jerome Robbins. After graduating, he struggled to find suitable stage work and was often forced to take undesired jobs for his daily livelihood.

Vereen made his New York debut in Prodigal Son at the age of 18. In 1969 he joined the cast of Hair and eventually played Judas in Jesus Christ Superstar, a role that earned him the Theatre World Award. He went on to perform in Pippin, earning a Tony Award. His film credits include Funny Lady and All That Jazz.

During the '80s he made appearances on several TV series including Webster and the talent contests, You Write the Songs, and Your Momma Don't Dance. He has received both the American Guild of Variety Artists' George M. Cohen Award and the NAACP's Image Award.

Ben originally filed for divorce from Andrea back in 1972 – and that she filed her own divorce paperwork two years later in 1974. It is understood Vereen believed the divorce had been finalized and confusion was because of bad record keeping or an oversight by Vereen’s attorneys at the time.

Ben shared four children with Nancy, four daughters named Malika Vereen, Karon Vereen, Naja Vereen and Kabara Vereen. Naja was killed in an auto accident in 1987, on the New Jersey Turnpike when a truck overturned on her car. Despite the fact the pair split after 36 years, this marriage is said not to be legal because Ben had not been divorced from his first wife.

In January 2018, multiple actresses in a Florida production of Hair directed by Vereen accused him of inappropriate sexual advances towards them throughout the production. Vereen has since apologized for his misconduct.

Ben Vereen's net worth is estimated to be $5 million. His source of income includes his salary and earnings from his career as a dancer, singer, and actor.

They are the parents of five daughters named Karon Vereen. She has four sisters.

Kabara Vereen has four sister. Her one sister is already died in 1987.

Ben Vereen Jr., has four sister. There is very few details about her on social sites.

Malaika Vereen has four sister. There is very few details about her on social sites.