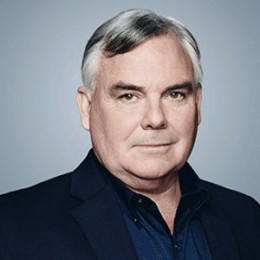 Multiple Emmy Awards winning journalist and war correspondent, Ben Wedeman has been serving CNN since 1994 and is considered as one of the highly experienced journalist of CNN. He was born to father Miles G. Wedeman who was a diplomat and civil servant. He graduated from the University of London with a master's degree in Middle Eastern Studies. Originally he was hired by CNN to help reporting staff get through checkpoints. After his great hard work and sincerity he eventually rose to be CNN's Bureau Chief in Amman.

The hard working and dedicated journalist has kept his personal life private. Though he is currently married he has not revealed much information about his wife and family life. He currently has three children and his sister Sara is a psychologist whereas his brother Andrew is a political science professor. To get more updates on him, he can followed in twitter @bencnn.