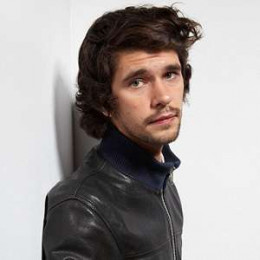 An English actor , He is known for his stage role asHamletBen Whishaw is currently married to an Australian composer, Mark Bradshaw, The couple civilly married in August 2012. He is a son of Linda works in cosmetics, and Jose Whishaw, who works in information technology. He was a member of the Bancroft Players Youth Theatre atHitchin's Queen Mother Theatre. He attended Henlow Middle School and then Samuel Whitbread Community College inShefford.He was involved in many productions with Big Spirit.

Ben Whishaw is a married person.The couple met on the set of Bright Star when he played the role of John Keats.His first television series is Black Cab(2000),he has a role in Ryan in the Episode:”Work”.The Trench (1999) is his first film he has a role of Pte.James Demis.He has won Independent Film Awards for his movie named My Brother Tom(2001).

He married to an Australian composer, Mark Bradshaw, The couple civilly married in August 2012. Both of them met on the set of Bright Star .