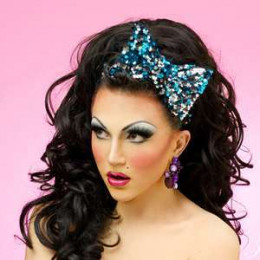 An American drag performer and burlesque performer, BenDeLaCreme is currently single. He is widely known for being a contestant on Season 6 of RuPaul's Drag Race. He grew up with his parents. At the age of thirteen,his mother passed away from cancer. He was inspired by Merman's theatrical, character-driven approach to drag performance. He started his own career in Chicago in 2002, while he was pursuing a BFA degree at the Art Institute of Chicago.

BenDeLaCreme has also appeared in several films, such as the documentary Waxie Moon, Waxie Moon in Fallen Jewel, and as a narrator of the series Capitol Hill. He is also known for being a co-creator and host of burlesque revuesFreedom Fantasia andHomo for the Holidays. He has declared himself as a gay. But he doesn’t have any boyfriend right now and is not dating anyone.