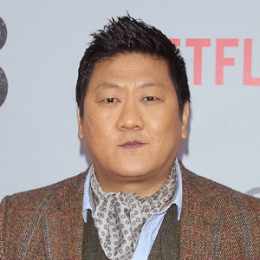 Benedict Wong is famous for portraying Kublai Khan in Netflix's Marco Polo.He was also featured in the feature movie ‘Grow Your Own.'He has also appeared in the film ‘Shanghai.'

Benedict Wong is an English actor, born on 3 June 1971 in Eccles, Greater Manchester, England, UK. His parents migrated from Hong Kong to the United Kingdom via Ireland. He spends his childhood in Eccles.

Wong made his debut on the 1993 BBC Radio play called Kai-Mei Sauce, which was written by Kevin Wong. He also appeared in the comedy 15 Storeys High along with Sean Lock. In 2007, he was cast in the feature film Grow Your Own.

Later, he appeared in the second episode of Series 4 of the Channel 4 comedy The IT Crowd, as the character Prime.  Wong also worked in the movie Shanghai portraying the role of Just Kita and in the BBC series Sprit Warriors as Li.

In 2012, Wong appeared in the Prometheus film by, Ridley Scott. In 2013, he played in the BBC Two Comedy-drama The Wrong Mans, where he played the role of gangster Lau. The following year, he appeared as Kublai Khan in the Netflix series Marco Polo. He appeared in Ridley Scott science fiction movie The Martain as Bruce Ng. In 2016, he starred in the superhero film Doctor Strange as Wong. He also gave voice to the character of Alex Yu in Arkane Studio's game Prey.

Benedict Wong is not married yet and has no girlfriend as well. He hasn't been in any affairs rumors and controversy yet. He has maintained a low profile. It seems that he doesn't want any public and media attention.