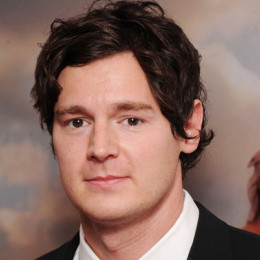 An American renowned actor and a stand-up comedian who is well known for his role in the 2012 film Abraham Lincoln: Vampire Hunter. He is a son to Jeannine, a music teacher and Greg Davis, who used to work in financial service. He attended Cartersville High School and Juilliard School in New York City from where he graduated in Actor Training Program. He is very talented comedian who has already performed at Caroline's (NYC). He has his own comedy show named "Find the Funny".

He has dashing personality and good sense of humor by which many celebrities were attracted towards him. He once was married to his long girlfriend who was an actress. But the relationship didn't go well and they got divorced. Currently, he is dating his co-star whom he met on the movie set. They are already engaged with each other and they are planning to marry soon. He has no children yet.

Occupationally, she is an actress. After few years of their relationship they got divorced because of some personal reasons.