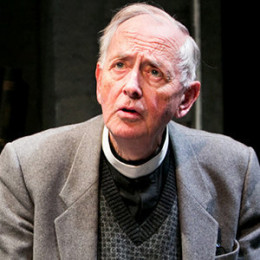 Born in Oxford, England, Benjamin Whitrow is a popular name in English film industry. He completed his school studies from the Dragon School, Tonbridge School, and RADA. Before getting into acting, Whitrow served in the King's Dragoon Guards from 1956 to 1958. He then began performing in the acts with the Royal Shakespeare Company in 1981. Whitrow first appeared in television in episode four of the BBC's show "A Bit of Fry and Laurie." He is best known for playing the character of Mr Bennet in the series of "Pride and Prejudice".

He is also known for his works in Chicken Run (2000) which is an animated movie in which he has given voice, Damage (1992) and Bomber (2009). Whitrow was nominated for the BAFTA TV Award for Best Actor for the series "Pride and Prejudice". He is married since 1972. But he had an affair in between with actress Celia Imrie. He even had a son with her.

Benjamin married Catherine Cook in 1972 and they are still married. They have two children together, a son and a daughter.

Hannah Mary Whitrow is the first child of Benjamin Whitrow. She was born to her mother Catherine Cook.

Thomas is the second child of Benjamin. He is the son with Catherine Cook.

Angus is the son of Benjamin born during his affair with the actress Celia Imrie. Angus works in shows as well with his mother.