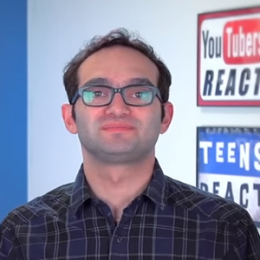 Benny Fine is a renowned one-half of the YouTube comedy duo known as the 'Fine Bros' alongside his brother Rafi Fine. The Fine Brothers found success on YouTube with their main channel named 'TheFineBros', which has more than 14 million subscribers and 3.9 billion video views as of February 2017. The Fine Brothers launched a series called 'Kids React' on 16th October 2010.

Apart from the React series, the Fine Bros are also known for their narrative web series and timed spoiler series. The Fine Bros have been featured on many networks including Warner Bros, Comedy Central, and MTV. They are widely known for their React series. There is a rumor that Benny Fine and Justine Ezarik, an actress were in an on-screen match-up. He has in an on-screen matchup with Lisa Schwartz, an actress too.