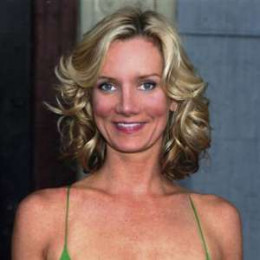 Beth Littleford is an American comedian, actress and television personality. She is the original correspondent of comedy central satirical news series called "The Daily Show". Beth is the daughter of Jackie, who is a professor. She started her career from the television program "Spin City" and "The West Wing". Beth was the female lead in the short-lived series "Method and Red" which is broadcasted on Fox channel.

Beth Littleford lives in Los Angeles with her two children. She got divorced with her previous husband who was the director, and a senior writer. She is considered one of the TV’s best-paid actresses. Beth was nominated for best supporting actress in International Film Festival. She has adopted a daughter along with her ex-husband. Beth has not disclosed anything about her current relationship status.

Rob Fox is an American film director. They were married for about seven years. They have two children together.

Jackson Oliver Fox was born on July 30, 2005. He lives with his mother and sister. He was born as a healthy child.

Halcyon Juna Fox is the adopted daughter of this couple. She was born on March 23, 2012. She looks adorable in the available pictures.