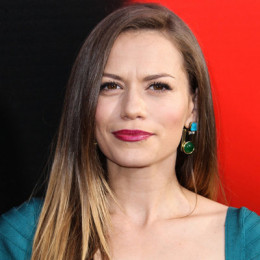 She is an American actress, a director, a producer as well as a musician who is also known as Joypiter, Joy or BJL. She is most recognized for her performance in the CW television drama series One Tree Hill as Haley James Scott. She is also recognized as a solo artiste and as a member of the band Everly. She is the only child of her parents and looking on to her blood line, it traces to the Scottish King Malcolm. She had attended Pope Elementary and also The Creative Arts Theater and School.

She is currently in a relationship with her longtime friend just after her divorce. She was initially married and been the mother of an adorable daughter. It was an unexpected announcement to everyone that she wants to divorce her husband. There is no availability on her past dating or boyfriends. She has maintained her clean image before and still today she is less caught in rumors.

Bethany joy Lenz is possibly single at the present, and was married former Enation keyboardist Michael Galeotti from 31st December 2005 to 2013. The former couple shares a baby girl named Maria Rose Galeotti who was born on 11th February.

After her separation with Galeotti, the actress began dating actor Wes Ramsey. They spotted in several public places together, but could not last long and broke up in 2017.

As of 2019, she has an estimated net worth of $6 million, as per celebrity net worth. The actress has played several iconic roles in both movies and TV shows.

Bethany Joy Lenz was born on 2nd April 1981 in Hollywood, Florida, in the US, under the birth sign Aries. She is the only child of her parents, George Lenz and Catharine Malcolm Holt Shepard.  Her father is a history teacher as well as a therapist while her mother is a personnel manager and entrepreneur.

He has been her first love and they had dated for quite a while before they got married. They were married for seven years and have a child together.

She is the only child of her parents. After a year of her birth, her parents got divorced. She shares her time with her parents.