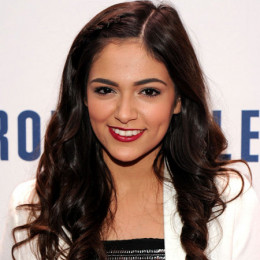 Bethany Noel Mota is an American video blogger and YouTube celebrity who came to fame after launching her own channel Macbarbie07 to escape bullying, which has over seven million subscribers. She started her YouTube channel at early age of 13. By the Times magazine she was named one of "The 25 Most Influential Teens of 2014". In 2014, she won Teen Choice Award for the "Most Popular Female Web Star".

She has shared all other details about her but regarding her love life, yet it is in shadow. As she is a popular personality and has a lot of supporters/fans, they want to know about her personal life but she has managed to keep it all safe with herself. There is no any record of her past affairs and her current status. We can only assume that she might have a charming and deserving boyfriend beside her.