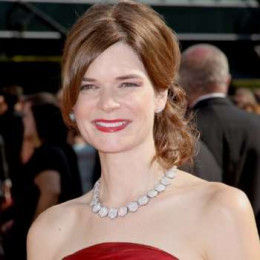 Betsy Ann Brandt is an actress, who came to prominence after playing the role of Marie Schrader in Breaking Bad and appearing in the CBS sitcom Life in Pieces. She is the daughter of Janet, a teacher and Gary, an electrician and is of German descent. After earning her undergraduate degree in acting from the University of Illinois at Urbana-Champaign, she studied theater at Harvard University's Institute for Advanced Theater Training.

Moving on to her personal life, she is a happily married woman. She has been enjoying her marital relation with her beloved husband since 1996 and still the couple has a great bonding and mutual understanding with one another that there is no chance of them going to get a divorce. She has raised a son and a daughter from her marriage. The family currently resides in Los Angeles, California.

He is the long time dated boyfriend turned husband of Brandt, whom she met while attending University of Illinois at Urbana–Champaign. They are together since 1996.

She is the first and only daughter born to Brandt and his husband. Her date of birth has been kept a bit of private.

He is the only son of Brandt, who was born healthy in the year 2008.