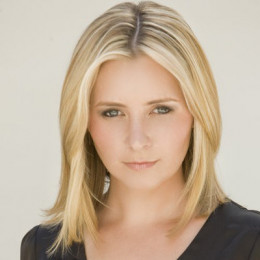 She is an American actress and a country music singer who is recognized most for her performance in the television series the 7th heaven as Lucy Camden. She is also known for her hit song "Angel" from her first album. She was born to the parents, an office manager mother Sharon Mitchell and an auto racing promoter father, David Mitchell. She is a graduate of Chaminade College Preparatory School and Loyola Marymount Universitymajoring in film production.

She is a married woman. She is married to her long time boyfriend who works as an accountant. Together they have a child and they are expecting their second child which they had announced very recently. There is no any rumor or dating records of her expect with her husband. He has been the one and only to her and they are living very happily and peacefully.

He is an accountant by profession. He has been her long time boyfriend and has been very supportive and encouraging to her. They are living very happily. They have one child together and are expecting the second one.

She is a very healthy child and the apple of an eye of her parents. Her parents loves her very much.