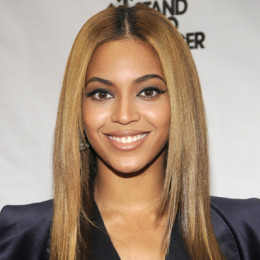 She is an American singer and an actress who is very well known to the world for her songs and performances. She was the member of the girls band called Destiny Child before rising as a n solo artiste. She was born to a Xerox sales manager, father Mathew Knowles and a hairdresser and salon owner mother, Celestine Ann "Tina" Beyincé. She used to compete in the various dance and singing competitions since her childhood.

She is a married woman and mother of a child. She is married to a very popular singer-song writer,record producer, entrepreneur and a rapper. Initially, the couple had made it secret of their relationship and also their marriage but later onward, they became cosy and revealed the news. She had also suffered from one miscarriage in 2010/2011 before the birth of her this child. There are rumors that she is pregnant again and they are using the rumor of their divorce to fuel up their tour sales and she is cheating on her husband.

He is a very famous singer song-writer, a record producer, entrepreneur, overall a multi-talented personality. The two had been dating since a very long ago. They got engaged after 3 years of their dating and after three years of engagement they got married. They have a daughter together.

She was born in the Lenox Hill Hospital in New York with much of the security. When she was born, her father released a song dedicated it to her called "Glory" where the cries of her can be heard at the end of the song. The song got in the Billboard Chart. With this, she became the very youngest person to have appear in the Billboard chart.