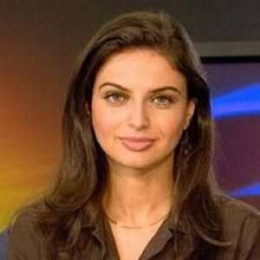 Bianna Golodryga is an American television journalist currently working with ABC news channel. She was born to Zhanna and Vitaly Golodryga and is of Russian ethnicity. Her parents moved to Houston, Texas when she was two years old. Bianna graduated from the University of Texas at Austin with a Bachelor’s degree in Russian/East European and Eurasian studies and a minor in economics. Before getting to television, she worked in financial service. Bianna joined the ABC network in July 2007.

Bianna Golodryga entered in the news industry in 2001 as a producer for CNBC before becoming an on-air correspondent for the same. After six years of association with CNBC, she decided to quit and made her entrance at ABC in 2007. She was nominated for Emmy Awards for her outstanding work in journalism. Bianna is married to Peter R. Orszag and has a son with him.

Peter R. Orszag is an American banker and economist who worked as a former Director of the Office of Management and Budget Administration. They have a son together.

The couple was blessed with the first baby boy named Jake Spencer Orszag on April 1, 2012.