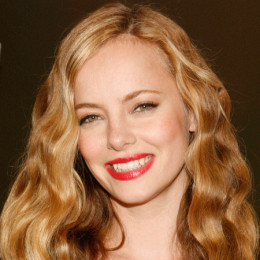 An American actress, model, and singer Bijou Phillips who rise to fame after starring in the 2005 film Havoc and TV's Raising Hope. She was named after the song "My Petite Bijou". She is a daughter to John Phillips and Geneviève Waïte. When she was young her parents split up. When she turned 14 she begun to live in her own apartment in New York City. She also use to drink alcohol and take drugs. At starting of her career she did modeling for popular magazines like Playboy, Missbehave, Stuff, and Nylon. In 1999 she debuted in acting career in a role of Charlie in Black and White. She was praise for her work in that movie and she instantly got another role in musical drama Almost Famous alongside with Kate Hudson. Though movie did.t collect much it received four Academy Awards nominations. She had also leading role in 2007 horror film Hostel: Part II.

Exploring her personal life she is already tied in a knot with love of her life Danny Masterson on 18 October 2011. Before her marriage, she dated no. of celebrities. Her husband is also Scientologists just like her.

She gave birth to a daughter named Fianna Francis Masterson on 14 February 2014.

Throw back to little french baby in Nice Fr. eating pancakes... We were visiting my Grandfather. Such a special time...

She revealed about her kidney disease on 17 February 2017. She received a kidney transplant in April 2017.

Bijou Lilly Phillips was born on 1 April 1980 in Greenwich, Connecticut.

At just 13, she became the youngest people to appear on the cover of Italian Vogue. She made singing debut in 1999 with I'd Rather Eat Grass.

He is an American actor and disc jockey. After dating some years they got engaged and after two year of their engagement they got married. They have already welcomed one beautiful daughter.

She is very gorgeous and pretty. She is the only daughter of the family.