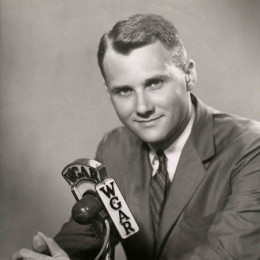 An American television reporter, journalist and anchor who passed four decades working for American Broadcasting Company. During his lifespan he mainly worked for WABC-TV in New York City. He graduated from Dartmouth College in Hanover. He also holds degree in law form the University of Michigan Law School. He started his career in journalism by working in radio station in Cleveland. Later in 1957 he moved to CBS Radio in New York City.He also worked as anchor for ABC News. From 1962 to 1968 he worked for WABC-TV in New York alongside with late Roger Grimsby. He died due to degenerative brain disease.

He was a married man. He got married four times. His first marriage went well for twenty years. Together they were parents of four children. But the relationship didn't work out well later and the couple got divorced. After some years of divorce he again got married to an actress which later turned into divorce. His third marriage also didn't last long. In 1980 he again got remarried. He got no any children from his fourth marriage.

There is no exact date when the got married. She gave birth to four children. They enjoyed their married life for twenty years and got divorced.

Professionally she is an actress. She was twenty years junior than him. May be this was the reason behind their divorce.

Their marriage lasted only for four months. Reason behind their divorce has not been disclosed yet.

Professionally she was former tobacco industry lobbyist. She was with him till his death due to brain disease.

He is the only soon of the family beside three daughters. He is also businessman.

She is gorgeous and pretty. She is the second child of the family.

She is also pretty and gorgeous. She resembles more like her mother.

She is the youngest daughter of the family. Her picture along with family can be found in various sites.